i’ve been really down, stressed and frustrated as of late. there were multiple times when i just couldn’t keep it together inside. i feel the frustration has been eating me alive so i decided to open up part of my story

all my life, i’ve been an underachiever, always falling short of everyone’s expectations. i can’t remember the last time i felt like i succeeded and made someone proud

in highschool, i was always living in the shadow of my brother who would get ninety nine percent in math. as an asian kid, getting an A in math was never enough. i rewrote my provincial because it was not an A of respectable calibre. i get it, i’m nowhere near smart; i don’t get straight A’s like most asian parents wish for. i graduated and went straight into post secondary as expected. in university, my path was basically chosen for me based on process of elimination of what my parents didn’t want me to be. they got it all mapped out for me – i applied for environment design program, an honors program meant for architecture. i graduated from that and was expected to be an architect, but i failed to get into the masters program which accepts forty eight students out of the four hundred odd applicants

growing up, sports was something i loved dearly and what came to me naturally. i excelled in swimming, so much that two instructors granted me to skip two levels. i went on to take all lifeguarding courses before i had to wait until i was sixteen. i didn’t pick it back up when i turned sixteen which made my parents outraged. i went on to hear about it for the next six years. my parents enrolled me in skating and i did well to skip the ‘red’ level which was the first level. i didn’t enjoy skating much so i never continued onto figure skating. i was on the tennis court as a ball girl ever since i could remember. soon after, my parents enrolled me into lessons at indoor tennis facility where i played a few tournaments. at the crossroad where players started specializing and turning pro, my parents asked if i wanted a coach. i turned it down because i didn’t think i could be one in a million that turns into a tennis star. i also played basketball starting in elementary school, but my parents forbid me to join any school teams. i finally convinced them to let me in highschool and made team from grade eight to ten. however, it came to an abrupt halt after three severe ankle sprains had me on crutches and one major career-ending knee injury. my doctor did not allow me to take PE in grade eleven. i worked hard at physio and was cleared for PE twelve and tennis team, but still not the basketball team

taekwondo had it’s ups and downs but it did shine at some point. i started as a white belt thinking i’d have some fun one summer. one summer became many summers. in the early stages as a yellow-green belt, i would half-ass thinking matching the green belts’ levels was adequate. it turns out it wasn’t; my instructor wasn’t having any of that and lectured me on how it was unacceptable to not use my full potential. that next promotion test, i was the second student in school history to skip a belt level. i started competing and that changed everything. i became an instructor, a coach and eventually the branch head instructor. though there’s glory, there’s also a lot of burden and stress behind the scenes. from white to black, there’s been many bumps and bruises, breaking my foot three times enroute to my third dan today. i carry a lot weight being in the position i am in today and i feel no matter how much i put in, it is never enough. being in the position that i am, i feel obligated to continue onto my fourth. if i don’t grow, how will my students grow? how will i keep my dreams alive?

tricking is something i picked up partially because i have the aspirations to compete again, but also because i liked it. though i’m neither talented nor daring enough like some others, i still try to do what i can. i have moves i need in order to have any hopes of competing again, along with a list of tricks i want to learn just for the sake of it, but progress has been slowed by my foot and the various injuries i often have. i tried to stay patient all this time, but my patience has a limit and i’m afraid it’s running low. i’ve been extremely frustrated recently because i still have to hold off on things i really need and time is ticking. little do people know, i often beat myself up when i don’t get something that is seemingly so easy for somebody else. i know i’m not a natural at this, but i’m hoping my hard work pays off. until i know the severity of my foot injury, i’ll still be pushing hard – even if it means being on one foot. i’m no stranger to pushing the limits and disobeying commands, pushing and playing through all sorts of injuries is something i’m known for and that likely won’t change. my physio, chiro and kinesiologist knows me well enough that very little will stop me

i started lifting weights for rehab purposes, but soon grew to love it as something that compliments my sports and enhances my performance. i picked up olympic lifting four years ago only because i saw a trainer working out and thought it looked cool. for a couple years, i would always stay within my comfort zone just enough for maintenance. for that reason, i plateaued lifting the same amount of weight and wasn’t making the weight my kinesiologist expected. i remember disappointing him every time he checked on the weight i pushed, be it squats, deadlifts, bench, rows, pullups. it wasn’t until the beginning of this year i got serious about it and started an olympic lifting program to improve my technique. through the program, my technique improved significantly and my strength really took off. only recently, i made a couple personal bests, but even those numbers are not quite the numbers that’s expected out of me. if i can one day exceed any of those expectations, i wouldn’t rule out a future competition

it’s really been a lot of back and forth with constant struggles. i know for a fact that my mom is disappointed i have yet to settle for someone. i’m disappointing them because it seems like i have no urgency to get into another relationship after being removed from one. maybe the previous brought bad experiences and many disappointments and the last thing i want is to get into one that will not make me happy. coming as a joke or not, it bothers me every time i’m being badgered or questioned about my choice; i’m more than positive of my answer and i need not to prove it to anyone. i can only apologize for the disappointment that it hasn’t happened yet, all i know is it’ll happen when the time is right and i meet the man of my dreams

my life has been far from a walk in the park and it’s been a rough stretch that’s consumed more of me than it should have. lately, it strikes me that i have more often than not fallen short of expectations. i’ve failed many people that had any hopes for me and i’m deeply saddened to have failed in so many regards. it seems i can’t ace any test given to me, but i can only promise i’ll keep trying. i know for a fact i’m not a person that settles for any less than what i want. in the meantime i’m just trying to keep it together

checking into physio because my shoulder is massively preventing me to live my life and carry out my daily needs. i’ve put a halt on all my sports, workouts and physical activities for two whole weeks, yet there seems to be no improvement. did some rotational and shoulder stability stuff with kinesiologist before physio worked on my shoulder, elbow, wrist, neck, and knee. i’m hoping whatever my physio adjusted today is what i need to get me well on my way back into sports 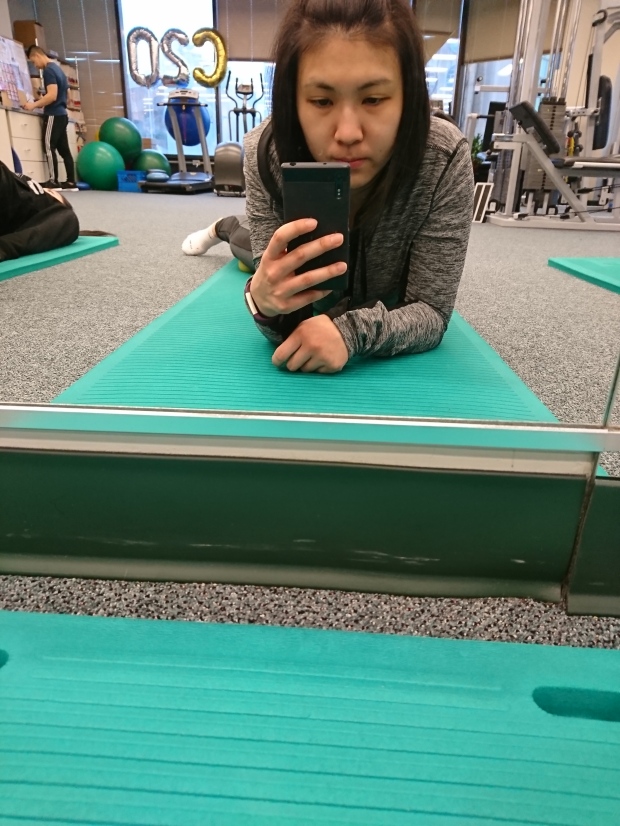 late into the office because i had to go in for another regular physio checkup. what was suppose to be just stretching became rolling, and from rolling it became dynamic exercises. it seems i’m always doing exercise like i’m in circus school. as usual he went through my standard list of ankle, hip, back, neck, shoulder and thumb, and then more. i had no idea my knee cap was out of alignment, again. my knee cap has been stable in the recent months but clearly needed a little attention today. fun fact is i’ve been a part of my physio clinics existence for fourteen of the twenty years.

staying true to my words, i made an appointment to have my physio tend to all my aggravated body parts. i’ve had continuous overload of activities as of late which has been taxing in on my body. my trusted physio basically went full body adjusting my thumb, wrist, neck, back, tailbone and ankle. before getting fixed, i was with my kinesiologist who once again challenged me with another of his newly invented exercise and then revisited one i found difficult last time around. i felt like i was circus in training, working on stability with two balls and discs. surprisingly what was hard the first time is no longer hard anymore

my compound movements felt surprisingly good even after a few off days that went awry. a few days away and trainers there came to ask where i’ve been. squatted the same weight as last time but with more ease, and even upped the deadlift cause i felt up to it. maybe lifting across from my kinesiologist helped pump me up and made sure i follow through. i’m going for something new in my routine. it’s time i switch things up because i have different wants and need to zone in to the specifics 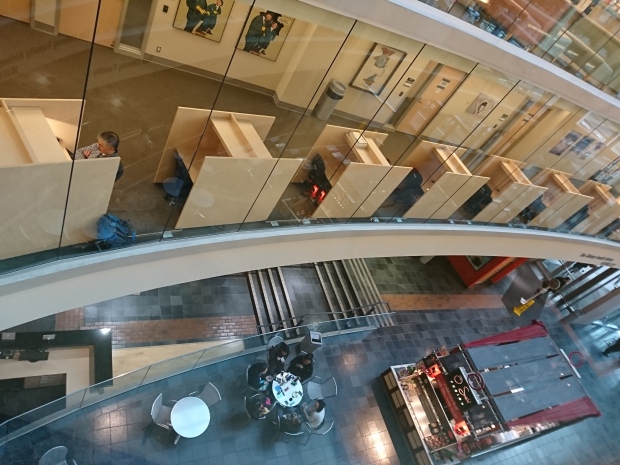 i’ve waited long and hard, to hear surgeon’s very words, i will discharge you from my hand clinic, congratulations. that was further confirmed at my physio appointment who also said i’m cleared for sports with no restrictions barring any pain. on top of that, he who rarely compliments me did so for i maintained my alignment since he last adjusted me. the usual hardwork with the kinesiologist who not only worked me hard on the rehab exercises, but also gave me extras stuff i never even thought was possible out of me. he’s one of the biggest reason i’ve improved so much through the years and i’m gratified he’s given me all these challenges. the back to back appointments couldn’t have tasted any sweeter as i left both clinics beyond elated to hear that i came out triumphant. i will be able to sleep well tonight

i rolled my eyes when i was first introduced to pistols three years ago because i didn’t think i could. i was in for a big surprise today  when i found out i mastered the weighted disc pistol. i’m very happy this was unlocked at my morning appointment today. i have no idea how many times i watched and rewatched this clip. of course, this all happened prior to being treated by the physio when he forcefully adjusted my knees and rearranged my back and ribs that’s still preventing me from cleans