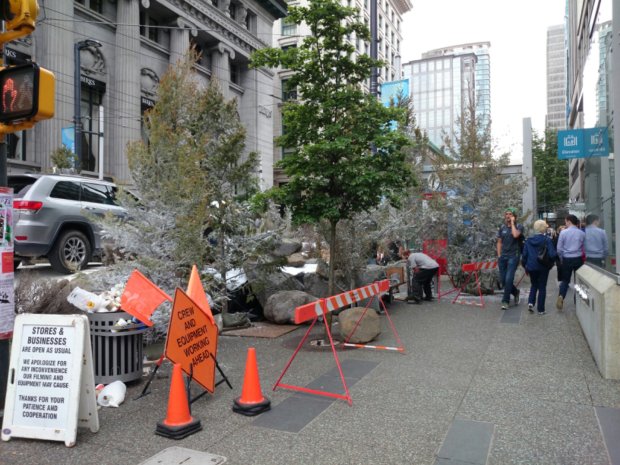 don’t know the exact reason they are clogging up the streets but there’s road blockage sighted on granville street with large crew preparing for some filming. can’t get used to seeing snow in june, even if it’s artificial snow. and if they could make some artificial snow, i would go to the mountain in june